IN THE HEART OF THE CITY 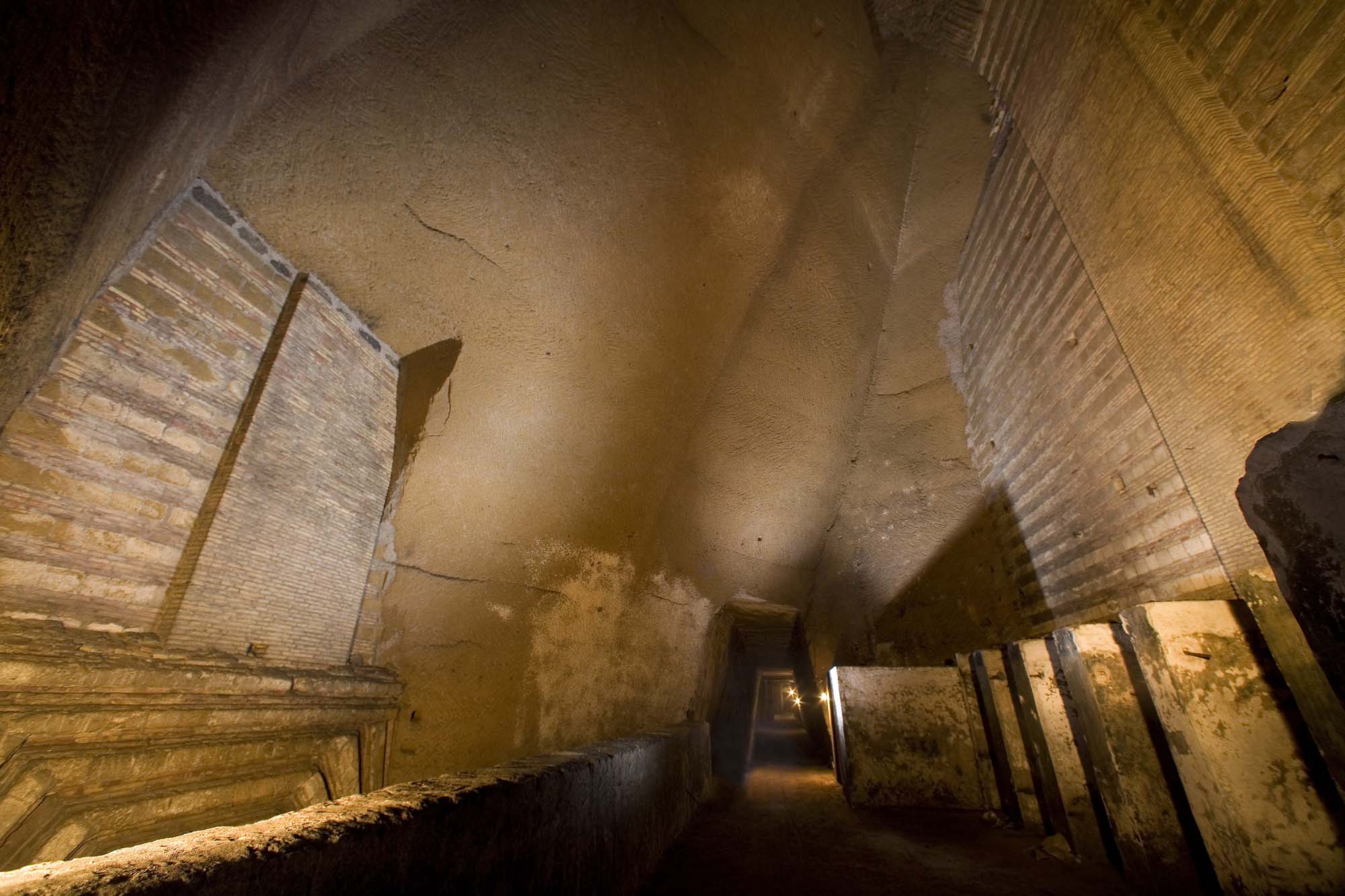 After about 150 years from the initial design of Ferdinand II and his architect Errico Alvino, the Cultural Association "Bourbon Underground" is proud to announce the public opening of the Bourbon Tunnel; a wonderful underground route through Mount Echia. The Tunnel, born for military purposes with a path that went from the Royal Palace in Via Morelli, along the path intercepted the network of tunnels and cisterns linked to the ancient aqueduct of Carmignano (1627-1629) who served the city of Naples and, in particular, the Pizzofalcone area. In subsequent years, the project of the Bourbon Tunnel was suspended for economic reasons and for the changed political structure that led to the unification of Italy. During the Second World War, the Tunnel and the adjacent cavities were used as a military hospital during the numerous bombings, first allies and then Germans, it was under the city of Naples. The tour starts from Vico del Grottone reaching, through a scale of '700, in seventeenth-century cisterns of the Carmignano used as a military hospital; The trail is about 530 m and crosses the Bourbon Tunnel and exit on Via Morelli. It is also being organized personalized tours of the motorcycle enthusiasts and vintage car. The route Adventure, under construction, is reserved for those who want to experience the thrill of go small parts of the ancient aqueduct tunnel underground "Carmignano" and enter the abandoned gallery of LTR line.

The route is designed for schools and provides, in addition to 'standard itinerary, a time dedicated to environmental education. It will address the problem related to the dumping of waste into the ground and to the risks arising from the pollution of aquifers.

Equipped with a helmet with a light suit and hiking shoes you can "crawl" in the aqueduct tunnels to reach the most beautiful cisterns still partially filled with water; the path is under construction.

The only underground site in Naples in cu, even for those with motor problems, you can admire the civil works Bourbon and the seventeenth-century aqueduct; access from the parking Morelli, which will become active in January 2011, will allow to enter the tunnel without facing barriers.